When you think of T.S. Eliot, do you think of The Waste Land or “The Love Song of J. Alfred Prufrock”? What about his plays? Though Murder in the Cathedral is his most famous play, The Cocktail Party was the most profitable. Despite Eliot categorizing the play as a comedy, it follows the marital woes of Edward and Lavinia Chamberlayne.

It was first performed on 22 August 1949, and debuted at the Edinburgh International Festival of Music & Drama, where it was performed until September 10, according to a program from the event. In America, it was first performed on 21 January 1950, where it lasted for 409 performances. Its synopsis, at the time, was said to follow “the guests at a fashionable cocktail party [who] discover that the hostess is missing and a strange guest has taken over her flat, in T.S. Eliot’s dissection of London society.” 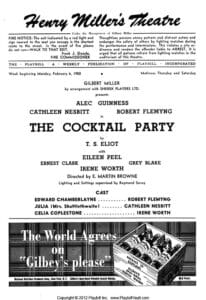 Though The Cocktail Party was first performed in 1949, it wasn’t published until 1950. Eliot inscribed a presentation copy to Faith Brook in New York on 12 June 1950, which reads, “Inscribed for Faith Brook with the author’s gratitude.” Brook was an actress who starred as Lady Bexborough in a 1997 adaptation of Mrs. Dalloway and Louisa Bradley in an adaptation of W. Somerset Maugham’s The Razor’s Edge. 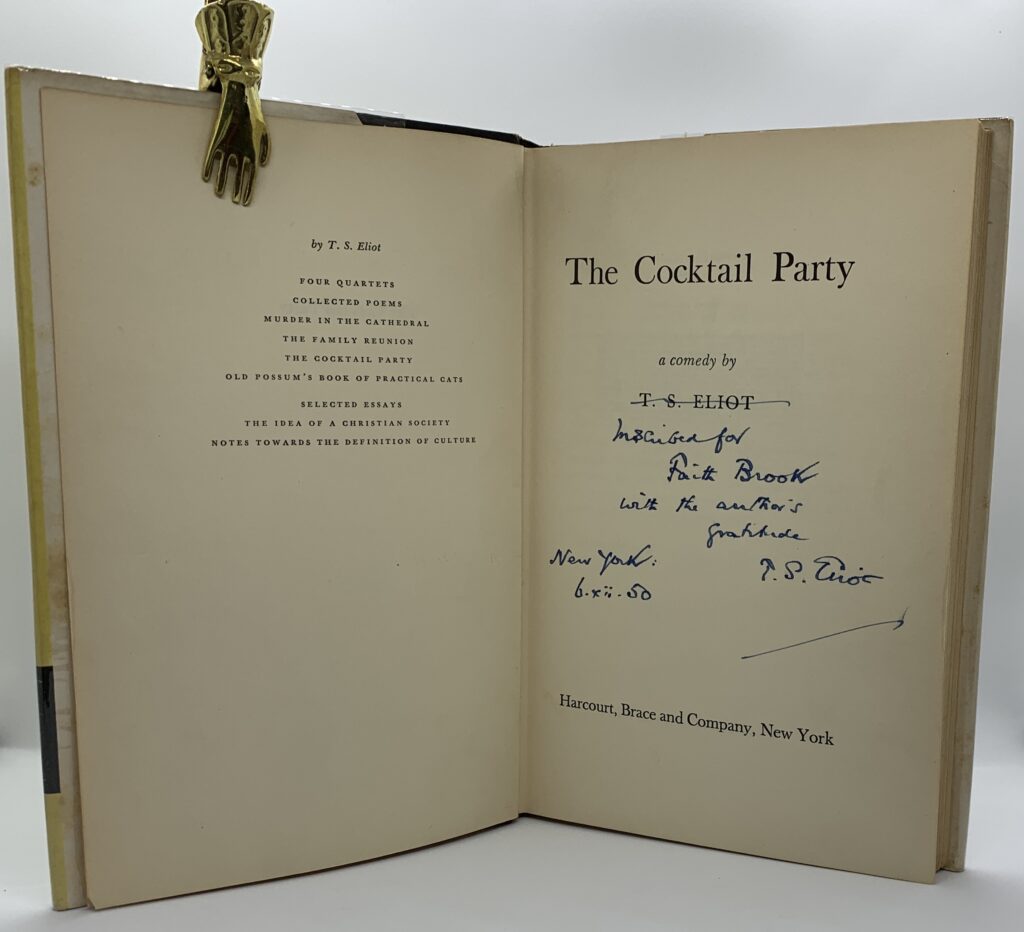 What makes this presentation copy unique, aside from the inscription, are the markings found on some of the pages. Eliot hand-corrected a typographical error in a line that originally reads, “You wanted your successful to be successful” in blue ink. Eliot crossed out the first “successful,” and wrote “husband/T.S.E.” next to the correction. There are also pencil markings that cross out a page-and-a-half of dialogue, but it’s unknown if these were corrections also made by Eliot. 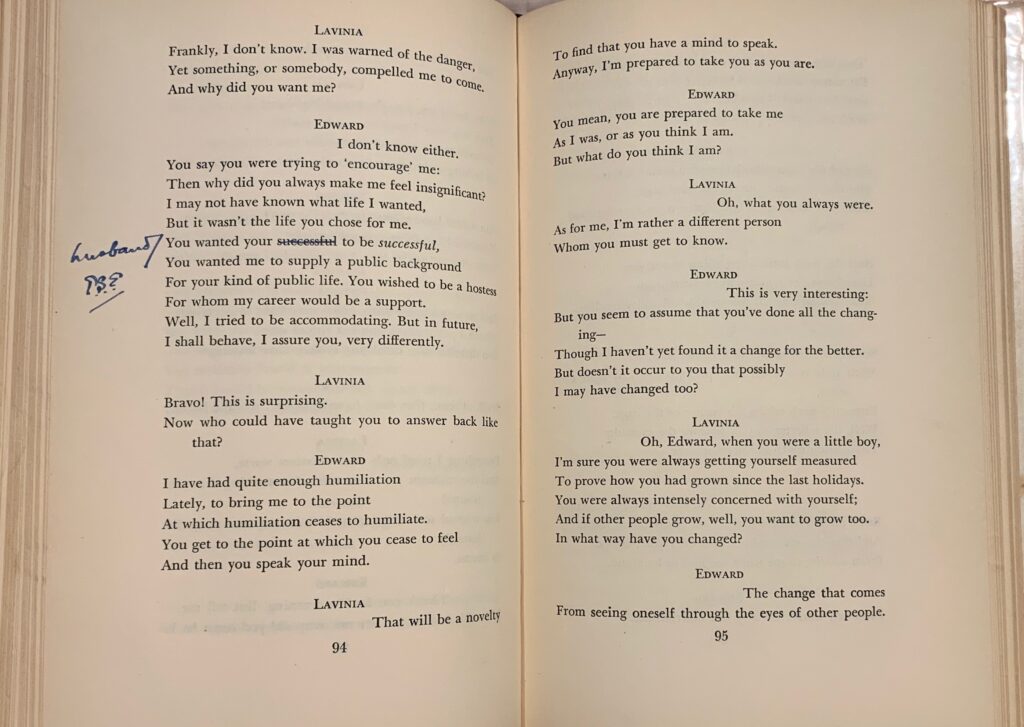 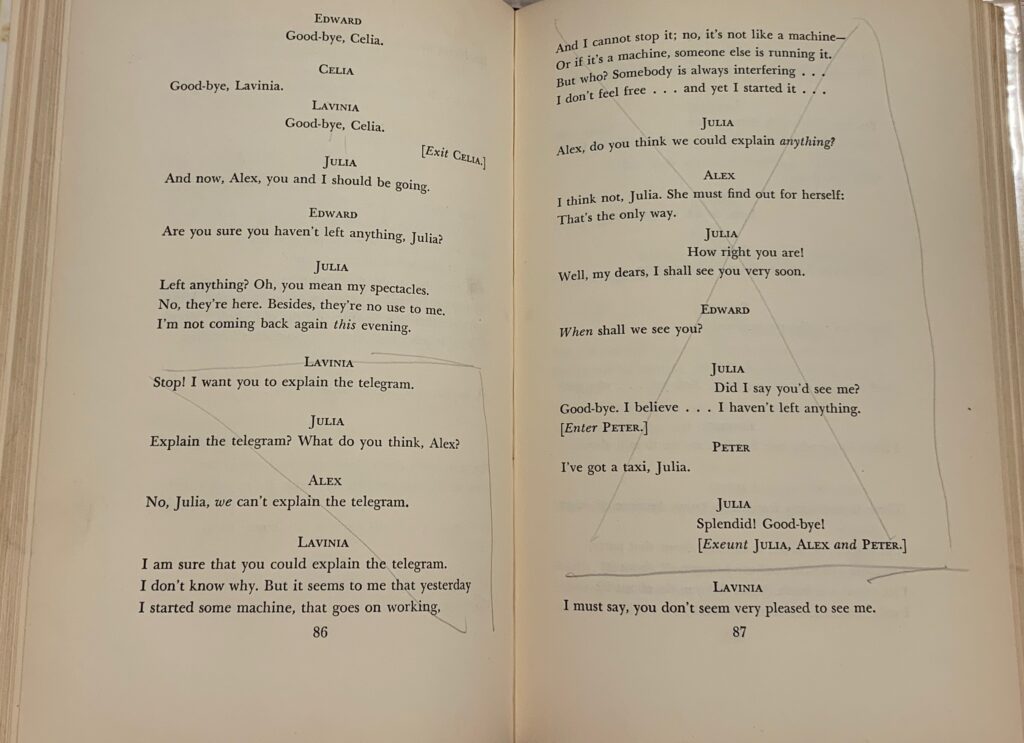