A generation ago, I was preparing to leave Canada to start my graduate program at Oxford University. I had been accepted to study with Mike Weaver, Reader in American Literature, a trailblazing scholar of William Carlos Williams, and the longtime editor of History of Photography. In the four or five months after my acceptance, Mike and I had begun to correspond. I had asked him, as someone interested in American modernists abroad, if there was something I should be sure to read in advance of my matriculation.

He had already mentioned to me Karen Lane Rood’s American Writers in Paris, 1920-1939, the fourth volume in Gale Research’s “Dictionary of Literary Biography” series. With two degrees, and having read the major, canonical authors, I had a sense of my subject, but I was shocked to discover approximately a hundred profiles: far more than this procrastinator could cram in the few days now remaining to me before I left for England. I had written a thesis on Scott Fitzgerald, and one of its chapters had already been accepted for journal publication. I knew much about Djuna Barnes, Malcolm Cowley, John Dos Passos, Ernest Hemingway, Ezra Pound, and Gertrude Stein. And here came another wave: Kay Boyle, Hart Crane, Janet Flanner, Mina Loy, Claude McKay, and Henry Miller. Breadth and depth. But Nathan Asch, Charles Henri Ford, Peter Neagoe, Link Gillespie, Solita Solano, and Glenway Westcott?

I was overwhelmed, and more than a little humbled, but I was also inspired by the depth of even one corner of this field. Lost Modernists proves that the most recent generation of young scholars still recognizes, across the whole of the study of modernism, the importance of the multi-layered networks that supported creative output in the first half of the twentieth century. There are many ways to understand “lost,” of course, and I do not mean to underestimate the systemic mechanisms visited time and again on particular groups in any particular cultural moment. But in a movement like modernism, forged by outsiders who wished to assert their role within, if not always in opposition to, a hegemonic moment, readers can return again and again to the remarkably diverse networks in which this art emerged to find dramatically different versions, each time, of stories that seem both familiar and strange. The emergence of new scholarly platforms makes it possible to share more quickly with the world new research that has been peer-reviewed. The cluster presented to you here captures well the spirit of the little magazines that have fascinated me for my whole career, while leveraging contemporary technology to access a potential audience that is far, far from little.

Readers will discover, here, in the essay on G.V. Desani a familiar, admirable strategy that seeks to extend the range of modernist studies beyond any temporal and geographical narrowness. The readings of the works of Andrei Bely and Bruno Schultz, while centered closer to the heart of traditional Anglo-American scholarship, remind us still to look beyond English-language sources. An examination of the work of Pamela Colman Smith extends our frame to visual art, while acknowledging the explicit political implications of modernism. Amongst the artists represented in this cluster, there are useful contrasts to be found in simple juxtapositions: look to Claire Spencer, who eschews formal experimentation in her depictions of the rural, and Mary Borden, whose portrait of war is facilitated by experiments in form. In Susan Ertz, we find a woman who circulated actively, and with commercial and critical acknowledgement, someone who created an extensive body of work that touches upon the social issues of the day, and an artist whose standing in the canon has waned, demonstrably. Elsa von Freytag-Loringhoven, perhaps the best known of the lost modernists represented here, reminds us that an author’s contribution is not understood as a simple moment in time. The development of the Baroness’s reputation throughout the entirety of her career is a key to understanding her place within the network of modernists described.

The group of emerging colleagues behind Lost Modernists, behind this initial cluster, are themselves building their own network, a process in which you are a participant. When I eventually got to graduate school, I spent my days with contemporaries who would go on to have remarkable careers, scholars like Marie-Louise Coolahan, Agnieszka Graff, Clare Pettit, and Jane Potter. We benefited from some wonderful visiting lecturers, as I recall, including Arthur Miller and George Steiner. When I told the latter that I was working on transition magazine, he asked me if there were not some areas of modernism that had now been fully explored. All these years later, the work of Lost Modernists and the evidence of this blog cluster reminds us that there is always more to do. 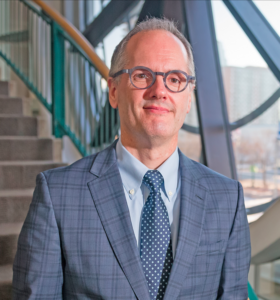 Craig Monk is Provost & Vice-President, Academic and Professor of English at MacEwan University in Edmonton, Canada. He has published extensively on American expatriation and modernist little magazines in journals like the Canadian Review of American Studies, the Journal of Modern Literature, and Mosaic. He is the former co-editor of American Periodicals (the Ohio State University Press) and is the author of Writing the Lost Generation (University of Iowa Press).