The Queen of Modernism, Virginia Woolf (born Adeline Virginia Stephen), wrote and published more work than many of her contemporaries. She published her first novel, The Voyage Out, in 1915 and her last novel, The Years, in 1937. (Between the Acts was published posthumously in 1941.) Many of the first edition covers of her novels were designed by her sister, Vanessa Bell, and were published by the Hogarth Press, which was the publishing company Virginia and her husband, Leonard, started.

To the Lighthouse not only has the prettiest cover, but it is the most-known of the four today. Today, it is the only novel of Woolf’s that ranks on the Modern Library’s list of 100 Best Novels, where it places #15. There, it has a spot higher than many other famous novels, such as Edith Wharton’s The Age of Innocence and J.D. Salinger’s The Catcher in the Rye. Yet, in Woolf’s lifetime, only The Years secured a spot as a top 10 bestseller (in 1937).

More stylistically complex than some of Woolf’s other works, To the Lighthouse is almost always placed next to Mrs. Dalloway as a must-read work of Woolf’s. Hermione Lee, a Woolf biographer, chose The the Lighthouse as her favorite book of Woolf’s: “I chose To the Lighthouse because, when all is said and done, I think it is her greatest novel […] It’s approachable as a love story, as a family story, as a ghost story, as an elegy for the nineteenth century, as a war novel — in an indirect and interesting way — and as an astonishingly ambitious experiment in a completely different way of writing fiction.” 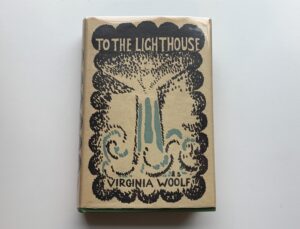 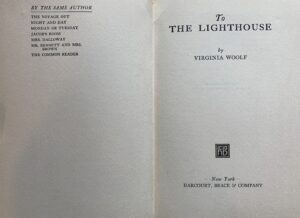