FM: Who is John Sanford?

JM: John Sanford was born Julian Shapiro in 1904 in Harlem, NY, to Jewish immigrant parents. He died in 2003 in Santa Barbara, CA, at age 98, having published 24 books. Sanford’s childhood was tumultuous, due to financial setbacks suffered by his lawyer father and the death of Sanford’s mother when he was ten years old. Sanford attended Fordham Law School and eventually joined his father’s legal practice. But a chance 1925 meeting with an acquaintance from his Harlem youth changed the course of Sanford’s life. The friend, now calling himself Nathanael West, announced that he was writing a book. From that moment forward, Sanford was determined to write, as well.

Following West’s example, Sanford published short stories in prominent little magazines of the early 1930’s—Tambour, Contempo, Contact, Pagany, and The New Review. His first book, The Water Wheel (1933), was an autobiographical novel heavily influenced by the wordplay and unconventional spelling and punctuation of James Joyce’s Ulysses.

Sanford’s second novel, The Old Man’s Place (1935)—a gritty tale about a trio of World War One veterans who wreak havoc on the countryside—brought him a screenwriting contract in Hollywood. In a Paramount Studios hallway, Sanford met up-and-coming screenwriter Marguerite Roberts, whom he would marry in 1938. Around this time, Sanford joined the Communist Party. In 1951, Sanford and Roberts were called before House Committee on Un-American Activities hearings in Los Angeles. Both refused to name names, and both were blacklisted. It would be ten years before Roberts was able to work in Hollywood again. 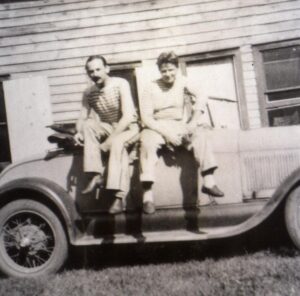 In 1967, after having published eight novels, Sanford embarked on the second act of his 75-year career—as a writer of non-fiction. He wrote five books of personal interpretations of American history, a five-volume autobiography, and four memoirs. Roberts died in 1989, and Sanford continued to write up until a few weeks before his death. Sanford received a PEN award for non-fiction for the first volume of his autobiography. The Los Angeles Times gave Sanford its Lifetime Achievement Award in 1998. Near the end of his life, the L.A. Times described him as “an authentic hero of American letters.”

FM: It’s surprising that with so many publications, he remains on the outliers of modernism. With that in mind, why do you think he should be read today?

JM: The Cambridge Companion to Jewish American Literature calls Sanford “perhaps the most outstanding neglected novelist.” Two aspects of Sanford’s writing argue for his continued relevance. First, Sanford was an adventurous and exacting literary stylist. Several of his novels combine multiple narrative voices. His historical works are astonishingly creative, as Sanford mimics the style and voice of a vast array of figures across hundreds of years of North American history. Sanford was an unparalleled craftsman of exquisitely worded prose that won him favorable comparison with Ernest Hemingway, William Faulkner and Malcolm Lowry.

Second, many of Sanford’s books call out injustice in America by rooting contemporary events in the outrages of the nation’s past—the slaughter of indigenous peoples, the importation of enslaved Africans, the despoiling of the natural environment, and violence against women. Sanford began this method by inserting historical poetic passages mid-narrative in his novels, with the idea that these poems connect the plot to its historic undercurrents. Even more than when the books were originally written, Sanford’s themes resonate with today’s movements of critical race theory and decolonizing history. As a socially progressive author, Sanford was ahead of his time.

FM: What differentiates Sanford from other modernists, especially given your mention of West and Joyce? Is it a matter of style, content, or something else?

JM: Sanford started his writing career highly influenced by Joyce. But over his next few books, he forged a style all his own—merging conventional novelistic narrative with historical material. In Make My Bed in Hell and The Land that Touches Mine, Sanford alternates between multiple narrative voices. In his non-fiction books, Sanford shifts his narrative voice, depending on his subject. The diversity of his style is astounding.

As professor Alan Wald, chronicler of the literary left, points out, it is rare for writers of socially radical books also to be stylistically radical. Sanford’s combination of non-traditional narrative structures and content that attacked American complacency prevented his books from having mass appeal. His early works were published by major houses—like Knopf, Doubleday, and Harcourt, Brace. But Sanford struggled to find publishers throughout much of his career. Far from currying a following, Sanford’s books were gauntlets flung in the face of readers, confronting them with uncomfortable truths about America’s past.

Sanford feuded with publishers and refused most editorial efforts to tone down the vehemence of his rhetoric. John Martin—whose Black Sparrow Press sought “to publish only those books which can awaken and disturb, to promote those writers whose works rub against the world and keep rubbing till that friction produces sparks”—described Sanford as “brilliant but difficult.” Martin knew both those qualities well, as he published more Sanford books than anyone else—six in all. Any chance for Sanford to make a more prominent name for himself was hamstrung by Sanford’s own orneriness and intransigence.

FM: Can you speak to Sanford’s major works, and where one should start when approaching him?

JM: Sanford and West spent the summer of 1931 writing together in the Adirondacks—with Sanford working on The Water Wheel and West on Miss Lonelyhearts. This rustic sojourn would later provide the setting for Sanford’s Warrensburg Trilogy. The trilogy charts Sanford’s growth as a writer, with each successive book peering deeper into the dark underside of superficially idyllic small-town America. Sanford’s best novels are narratively and stylistically daring and beautifully written. In Make My Bed in Hell (1939), a farmer discovers that a rival from his youth has crawled into his barn and lies dying; the farmer refuses to render aid. Sanford uses a historical blank verse passage to portray the farmer’s neglect as inseparable from the ravages inflicted on the continent since Europeans’ arrival.

Even the Communist party viewed The People from Heaven (1943) as too radical and sought to suppress it, fearing it would provoke a racial uprising among Blacks. Explicitly anti-racist, the novel depicts townspeople’s response to the arrival of a nameless Black woman, culminating in rape and murder. The Land that Touches Mine (1953) is set in the brutal summer heat of a California border town, as an Army deserter deliberates whether to abandon America and slip over the border into Mexico. This novel is Sanford’s most personal—a meditation on identity—and it anticipates the author’s own dilemma over whether to abandon the country that would banish him to the blacklist.

Sanford’s non-fiction began with A More Goodly Country (1975). This book was so unconventional that it was rejected by publishers more than 200 times. It comprises dozens of poems, vignettes and monologues depicting historic characters from Leif Erickson to Charlie Chaplin. The Winters of that Country (1984) is a withering depiction of American injustice up through the Vietnam War.

Sanford’s five-volume autobiography is subtitled Scenes from the Life of an American Jew. Like much of his work, it is punctuated by historical interludes, which Sanford described as giving the color of the air—the social and political climate in which the events take place. The first volume, The Color of the Air (1985), is a trenchant and stunningly written account of the author’s life until age 23. 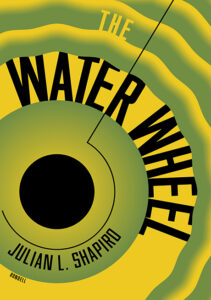 JM: In the last few years, there has been resurgent interest in Sanford’s work, with the reissuing of his first six novels and the publication of a volume of his selected letters. The Water Wheel, The Land that Touches Mine, and Speaking in an Empty Room (2021), his selected letters, are available from Tough Poets Press. Brash Books has reissued the Warrensburg Trilogy: The Old Man’s Place, Make My Bed in Hell, and The People from Heaven.

Sanford’s autobiography and The Winters of that Country were originally published by Black Sparrow Press; they are now sold by Godine. Three books are also available as e-books: the novel A Man without Shoes (1951), the memoir Maggie: A Love Story (1993), and Sanford’s final book, A Palace of Silver (2003), a meditation on aging comprising imaginary conversations between Sanford and his long-dead wife and memories from their life together.

FM: Are there critical studies on Sanford, or does he remain canonically “lost”?

JM: Sanford remains ripe for scholarly work. There are a few chapters published about him: Lisa Kirby has one on The People from Heaven in A Class of Its Own (2008). I wrote a chapter on Sanford as a radical regionalist in Regionalists on the Left (2013). Alan Wald addresses Sanford in several of his books, including Trinity of Passion (2007) and American Night (2012). Film scholar Joseph McBride has an essay on Sanford’s life and career in his anthology Two Cheers for Hollywood (2017). My John Sanford: An Annotated Bibliography remains the only book-length treatment of his work. The bibliography is now out in a revised second edition from Cutting Edge Books.

FM: Do you have any recommendations in “reviving” Sanford”

JM: Sanford has always attracted a small but passionate following. Currently, there is renewed interest in his work. In particular, Sanford’s Brash reissues are selling well for 80-plus-year-old books. With most of his novels back in print, the next stage is republishing his historical books: A More Goodly Country; View from this Wilderness (1977)—a book about authors, from Columbus to Malcolm Lowry; and To Feed Their Hopes (1980)—a book entirely about women, from Virginia Dare and Pokahontas to Eleanor Roosevelt and Golda Meir.

An editor’s report from an unsuccessful submission of The View from this Wilderness captures the challenge Sanford’s work faced and still faces: it “is a difficult book to classify…. Sanford is an original, no doubt about it. His writing is fine and so are his perceptions. There are bits…that are truly powerful. And as a recreation of American literary experience…the book, unexpectedly, does begin to add up. But how in hell could you sell it?” With the advent of print-on-demand and e-books, the bar for sales has been lowered. But still, Sanford’s extraordinary versatility as a writer—with no book quite like another—works against accumulating a broader readership. For those readers willing to take a chance on Sanford, though, his works dazzle with their immense scope and verbal flair.

Jack Mearns is a professor of psychology at California State University, Fullerton. He was a Fulbright scholar at the University of Tokyo in Japan. He is the author of the only book-length treatment of John Sanford’s work—John Sanford: An Annotated Bibliography, issued in 2022 in a revised second edition by Cutting Edge Books. He has published numerous essays on Sanford, as well as essays on another neglected modernist, Robert M. Coates.